The extensive chalk mines to the west of Wickham Lane, Plumstead were dug in the 19th and early 20th centuries to support brick and tile making operations.  Eventually the land was built over and in the 1940s and 1950s began to show signs of great instability resulting in many collapses and one death.  In 1955 the London County Council enacted legislation to permit it to locate mines and fill them with fly ash.  The mines are largely undocumented but plans and a brief history appeared in the Chelsea Speleological Society Records vol. 6. Caves and Tunnels in Kent in 1969 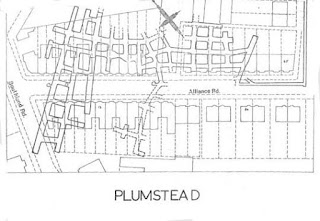 While sorting through a bundle old papers in the Pengelly Trust Library I came across a record of the company accounts for the brick making enterprises.  These have been abstracted and supplemented with a commentary by someone who simply signed himself ‘Fred’ on 11 November 1977. I believe that Fred was in fact carrying out genealogical research and looking for traces of relatives who might have worked in the mines. The notes give a glimpse of the chequered history of the enterprises and raise the hope that similar files might exist at the Public Records Office for businesses associated with other underground workings in Kent. They comprise an annotated abstract from records at the Public Recod Office. The article then goes on to give detailed notes on other sites.

This article appeared in the GIHS Newsletter of February 1999