Woolwich Antiquarian Newsletter.
The current edition includes an article by Jim Marrett on Woolwich potteries which features the story of the Woolwich stoneware kiln.  He also mentions finds in the Rope Yard Rails area of red earthenware called 'London Ware'. The oldest of these kilns showed that Woolwich had a 400 year old pottery industry


The Newsletter also summarises a number of sites in ‘A Further Date with Building' by Jim Marratt.  Among other sites he mentions the LCC Shooters Hill Fire Station built in 1927 and designed by J.B.Corslake.  Opposite the fire station is a wall in which bricks were made by 'Stephen'.   He also mentions the Lakedale Road Fire Station and the nearby horse tram depot - and many RACS buildings in Woolwich as well as Beasley’s brewery in Plumstead.


The two new Woolwich ferry boats are mentioned which are being built in Poland.  These will have small low emission engines which charge batteries at a constant rate.


The newsletter also gives the news that the Falconwood Model Railway has been told to leave its current site by National Grid. They are trying to identify a new sites - and would welcome information.


We have been sent a copy of a book by Roger Williams called “Whitebait and the Thames fisheries”.  This tells the story of how Whitebait became a popular dish and how it moved to Greenwich rom Dagenham as a feature of pub menus.   We have booked Roger to come and speak to us about Greenwich fishing and Whitebait next summer. In the meantime the book is £7.00 from Bristol Book Publishing.


We have also noted a talk by Roger given to the Docklands History Group on fishing in the Thames.  He pointed out that Greenwich was the biggest supplier of fish to Billingsgate until the 19th century.  This ended when the Royal Hospital was extended and many of the buildings used by the fishing industry were demolised. The industry began to move to the North Sea ports which they helped to build as the railway provided access. Grimsby owes a lot to Greenwich


GLIAS has noted the local existence of rapid wire systems in shops. These systems was where the assistant put your money into a little metal tray, pulled a lever, and it whizzed off and then came back with your change.  We understand the Age Exchange Centre in Blackheath has a system like this which came out of a shop in Hackney.  In Woolwich the Royal Arsenal Co-operative Society had such a system which not only returned your change but also your dividend.

Greenwich Visitor.
The July edition has an article on the gasholder and the presentation of the GIHS petition. It also covers the subsequent resolution at a Council meeting which was voted down. Thank you Visitor for featuring this.
Also in this edition is a full page feature and appreciation by Julian Watson of Greenwich historian and writer Beryl Platts who died a few weeks ago.  Julian highlights her work in defeating the plans for the Ringway motorways which were intended to run through central Greenwich and how she drew attention to the historic fabric of our area.  Pat of that heritage is the Borough Hall, in Royal Hill,  and on another page an article by Alan Watkins talks about the Hall and its background as part of Greenwich’s revolutionary 1939 town-hall and how it would make a wonderful museum for Greenwich Town  (as distinct from Woolwich).


Westcombe News.
The July this also featured the story of the Borough hall with architectural details about its history.  They also mention the new bridge which has 'healed 'the missing link of the Thames path.  Another Initiative highlighted by the News is the installation of seven storyboards on the history and wildlife of Blackheath which had been put in place.  In June the News carried the story of the gas holder and the need to sign the petition.


853 blogger has also picked up the story of the gas-holder in some detail.


Perhaps we should point out that none of these commentators on the holder appear to understand that neither the council nor its officers have given permission for demolition of the holder. They have only agreed to a management process by which the holder can be demolished.  The decision to demolish has been rendered unnecessary by the government’s imposition of the immunity to listing order.

Elizabeth writes to us about a new book by Dr. Peter Hodgkinson. this is about Major Conrad Hugh Dinwiddy who was a ‘civilian turned artillery man’ and as such invented an aerial range finder, an aiming post scheme for firing, schemes for firing artillery from river barges and the use of a monorail for artillery supply. He was killed in battle in September 1917.  He ad bene a pupil at the Roan School and had been s surveyor at East Greenwich Gas Works.  Elizabeth says we must see the website www.peterhodgkinson.co.uk. 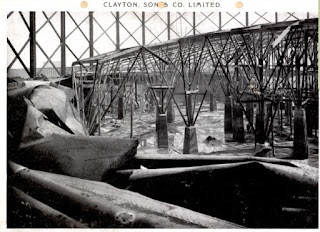 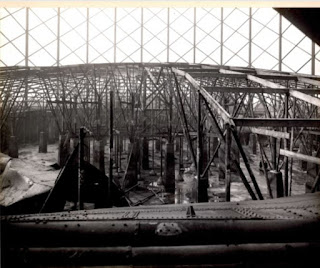 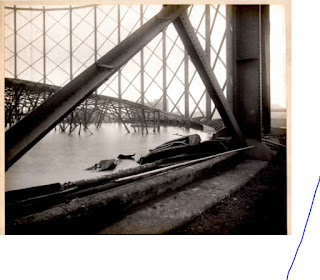 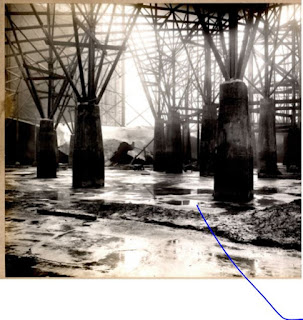