The Guardian of the Siemens Brothers Engineering Society Archive 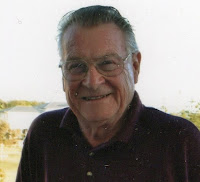 If Ben Ford was the Father of the Siemens Brothers Engineering Society (SBES) Archive, the baton has been picked up by Brian Middlemiss, who was a key member of the team that put the collection together and once the team had disbanded, it was Brian that everyone turned to as the  collection’s Guardian and the point of contact for all queries about this important body of work.

Brian was Born in 1942 and joined Siemens Brothers at Woolwich, straight from school, in 1958.By then the company was already part of the AEI Group and had merged with Edison Swan Electric Co, to form Siemens Edison Swan Co Ltd, the year before.  1958was the Company’s centenary year, during which, HRH Prince Philip The Duke of Edinburgh, honoured the Company with a royal visit to both the Woolwich and Blackheath sites. 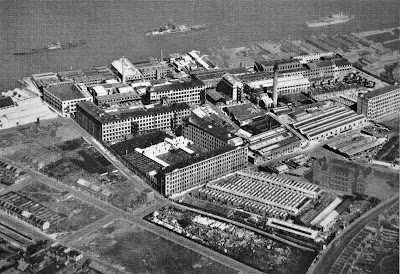 Aerial View of the Factory from the CentennialBooklet 1958

Brian served a two-year Sandwich Course, Technician Apprenticeship, after which he joined the Circuit Development Laboratory.There he worked on public switching development projects for overseas markets.   In this role Brian was able to continue his studies and attained Graduate then Associate Membership of the IEE [now the IET].
Over the next few years Brian’s career advanced gaining promotion to Senior Engineer status and joining the then thriving Siemens Ediswan (Woolwich) Engineering Society, which had been formed in 1897.  In 1963 the society name was changed to the AEI (Woolwich) Engineering Society. Always an active member Brian regularly attended their meetings,and during 1967/68 he was trained by Harold Minett,the Honorary Secretary, with a view to becoming the Assistant Honorary Secretary.  Brian sees this as a privileged position for a young engineer that brought him into contact with Senior Managers and, on occasions a light meal in the Directors Dining Room with the visiting speakers.  It was this valuable experience that resulted in his loyal and long-term commitment to the SBES, which continues to this day.

Regrettably this was a short livid experience because,in 1968, the company was taken over by GEC and the Woolwich site was closed.

The closure of the company resulted in formal termination of the AEI (Woolwich) Engineering Society.However, thanks to the hard work of Stan Ventham (1931-96), a former Secretary of the Society and Bill Philpott a former Committee Member, the Society was re-formed as the SBES in order to differentiate it from the German company Siemens AG and its UK subsidiary.  This was based on responses from seventy-five individuals of the original membership of over 500, who had expressed a desire to continue to meet.Something that in hindsight, could be seen as an inspired decision. The re-formed Society held two meetings a year, run by Stan until 1996 when sadly he passed away.

From then on, Brian took over the reins, something that he and Stan had discussed previously.
Following the closure of the Woolwich Works, Brian joined the part of the General Post Office which was split off under 1969 Post Office Act and became British Telecom.During his17 years in the Technical Development Department,projects included the design and development of Automatic Testers for Common Control Telephone Exchange Systems; ongoing development of the National Trunk Exchange Switching System and a member of the project management team for the implementation of small Local Digital Telephone Exchange Systems.  Further career advancement during this period enabled Brian to gain Corporate Membership of the IEE, and finally Chartered Engineer status.

In 1985 he transferred to Major Systems Procurement, initially as its first Divisional Quality Manager.  The following year he joined a small team undertaking Supplier Capability Assessment, formed mainly to assist in the roll out of Digital Telephone Exchanges.  From 1993 onward he led the team, in its expanded role,having a worldwide remit to match BT’s global expansion aspirations.  Brian took early retirement in 1996.

His early retirement coincided with Stan’s request for him to take over running the SBES, which he did up to its closure in October 2013.  Thanks to Stan and Brian, the re-formed Society had continued meeting twice a year for an incredible 45 years after the closure of the Company.  It was only the average age of the remaining members and travel problems which led to the final closure. Even then enthusiasm to continue meeting, amongst the remaining membership, still existed.

During the period 1996 to 2013 the SBES was very active, and its activities were funded by Siemens UK plc. This sponsorship came about when Siemens discovered, by accident,the existence of SBES in 1994.  The SBES hosted talks at virtually every meeting and arranged engineering visits to places of interest, maintaining the Society’s traditions. The SBES also undertook many investigations resultant on enquiries from members of the public.

Perhaps the most significant achievements of the re-formed society in its latter years was the formation of the SBES Archive, now held by the Royal Greenwich Heritage Trust [formerly The Greenwich Heritage Centre].  Thanks to the efforts of ‘The Father of the Archive’ Ben Ford, archive material [documents and hardware] had been collected over some 10 years and the initial catalogue was produced in June 2004.  This was followed by a Supplement in October 2006; between the two documents in the order of 1800 artifacts were catalogued.

After the production of the catalogues, it was suggested that a history of the society should be produced and in response Brian researched and wrote ‘The History of the Siemens Brothers Engineering Society 1897 – 2008’, published in October 2009.  In 2008, the SBES celebrated its 40th anniversary, at which time many thought that, given the age of the membership it would come to an end.   However, enthusiasm to continue prevailed, and the SBES continued for another five years,so Brian produced a Supplement to cover the last years of the SBES from 2009 – 2013, this was published in July 2015.   100 copies of all four of these documents were printed, thanks to Siemens UK plc., and given wide circulation.

The front cover of all the Archive Catalogue documents carry the words:
“The archive material detailed in this catalogue has been donated by members of the Society over recent years and is now distributed among new holders for safe keeping and for the benefit of future generations and researchers.”

Brian can be rightly proud of achieving this objective and realising Ben Ford’s dream.  In between visiting his two daughters, with his wife Jacky,and spoiling their four grandchildren, Brian remains active in his role of Guardian of the SBES Archive. He is currently working closely with the U + I team,helping to locate specific information in the SBES Archive and to ensure that the heritage elements of the Faraday Works regeneration project are historically accurate and in line with goals of the SBES members.

Hello to everyone. My father was awarded the Gold medal by the Engineering Society in 1939. I believe he went on to become a pioneer in the development of radar. His name is Eric William Jordan. Trying to piece together this history - can anyone help? Thanks, Jim Jordan omavale@aol.com