This month they are featuring Conservation News - and all the planning applications and cases in Woolwich which they deal with and take up with the Council planners.   They explain that they work with other groups in Greenwich on this - the Greenwich Conservation Group is made up of representatives from all the local amenity societies and many resident's groups.

Cases they have recently taken up include the Love Lane development and their concerns about remains of the old Post Office which was demolished on the site.  They have objected to 11 storey blocks being built near John Wilson Street (apparently the site is called Thomas Street but they say this is a confusing description). They have looked at plans to replace the Albion Pub - and issues around the conversion of a house in Crescent Road

I would love to give a contact for WADAS but there is no web address given on their newsletter - or indeed emails for the officers, and I don't really want to put people's home addresses here.  I can try and forward anything to them if anyone sends comments to indhistgreenwich@aol.com

There must be far more very worthy of a blue plaque - the many distinguished scientists at the Royal Military Academy and the Royal Arsenal, for a start.  Some years ago I was asked to help get a plaque to Sir John Anderson in Victoria Way (failed that one!) and also in Victoria Way, that I know of was Inspector of Explosives Vivian Majendie.

WADAS Newsletter gives - as ever - some meetings of other organisations. One of them is the Welling and District Model Engineering Society who have run their little railway just inside the Greenwich border for many years.  I recently complained that I had walked round and round their site and never found out how to get in, and was severely told off for saying that. It is behind the big electricity sub station on the old A2 near Falconwood Station.   They are open 19th June, 2nd,7th and 31st July, 14th and 28th August, 11th and 25th September and 9th October.  2-5 pm


PREFAB MUSEUM - Elisabeth writes that they have free training places and volunteering opportunities.  This is about collecting stories, recording memories and photographs about prefabs.  They intend to set up a national archive with an interactive map.
Contact Jane or Elisabeth prefabmuseum@gmail.com    They have a preliminary meeting on the Isle of Dogs on 20th August.

CHARLTON RIVERSIDE - the idea of a history of Charlton Riverside has been floating around in a few quarters. We also understand that a group is being set up to look at Charlton Village - don't let the riverside be neglected, particularly in view of the fact that it is Greenwich's next big regeneration area. Please get in touch if you can help or are interested indhistgreenwich@aol.com

SURREY CANAL TOWPATH - We understand that a Deptford based group are looking at the towpath of the old Surrey Canal. Please get in touch if you can help or are interested indhistgreenwich@aol.com

Note from British Transport Treasures -please look at http://www.britishtransporttreasures.com/product/shipbuilding-in-rotherhithe-bull-head-dock-to-the-pageants-part-i-to-part-4-ebooks/  - this takes you to an ad, for some of Stuart Ratcliffe's excellent books on Shipbuilding in Rotherhithe. 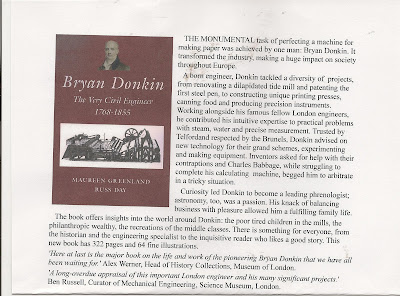 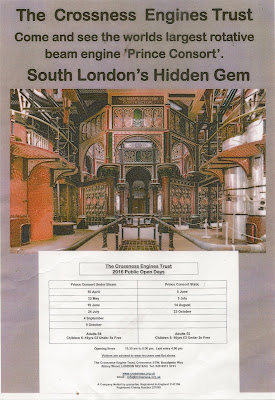