Generally it is all pretty terrible, and a whole history of Woolwich we have more or less forgotten.

It starts with 18th June 1903.  Work had started at 7 am rather than 8 am because it was the day that the big guns would be tested.  At 8.10 there was a terrible explosion with bodies and body parts flying through the air. Woolwich people were used to explosions and took a bit of time for a crowd to gather at the gates - but there was no news until the Kentish Independent came out the next day.   16 men were dead or missing and 14 injured.  The accident has occurred during the packing of Lyddite - and as ever the evidence as to what had happened was blown away with the explosion
.
The next listed by Mr. Jarvis was on 11th February 1907 at 3.20 in the morning - and people woke up, got up, and took to the streets.  The explosion was inn the Chemical Research Department magazine on Plumstead marshes and near the river - leaving a hole 15 metres deep. Is there any evidence of this hole today?? Nobody was anywhere near although there was a lot of damage to buildings, to the Arsenal gas holder, railway carriages at Plumstead Station, Lakedale Road shops - and for miles around.   The nearest creature to the explosion was a cat in a shed next to the site of the explosion - it was 'safe but not completely happy'. 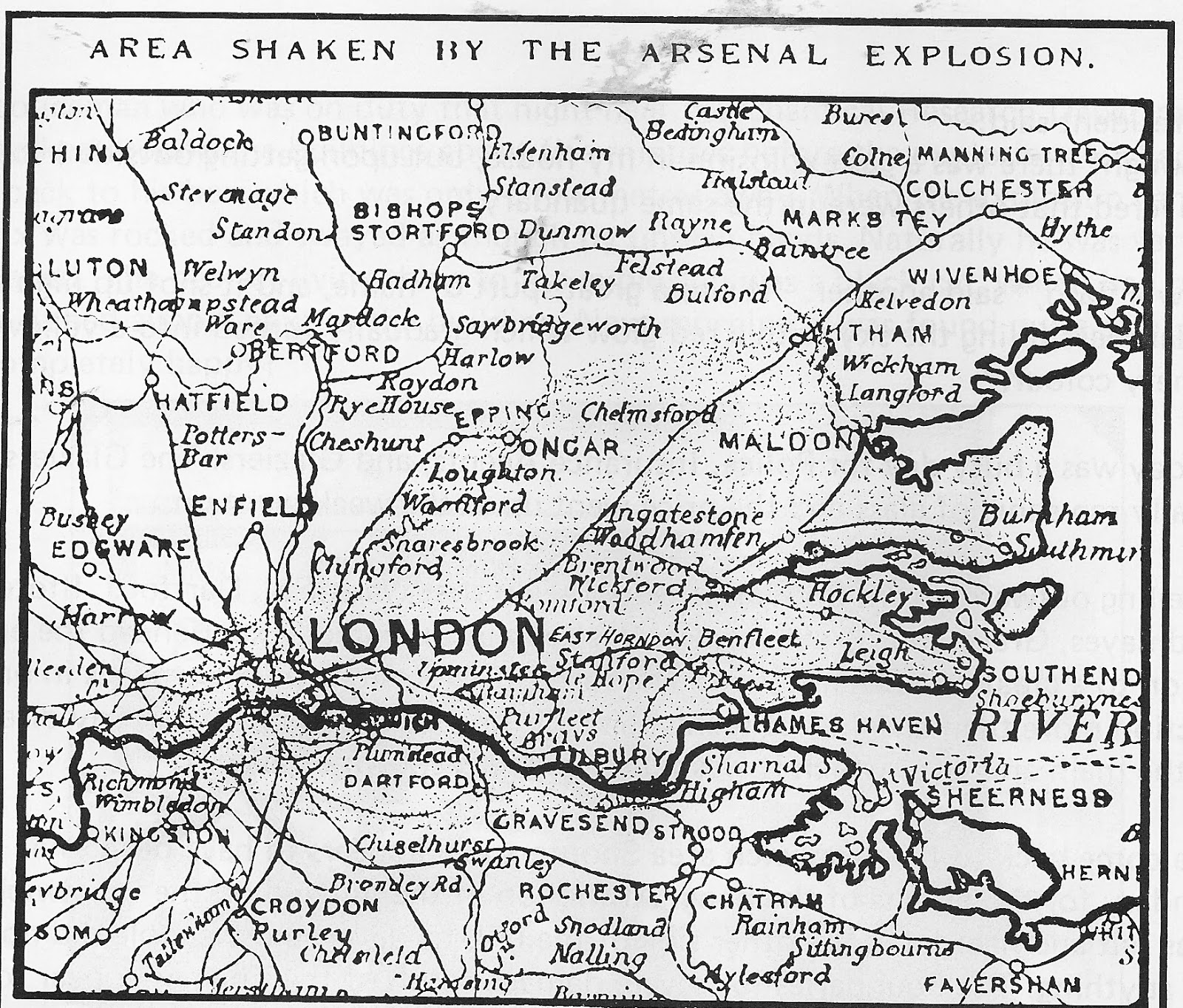 I haven't been able to scan the cartoon style drawing which shows broken windows and dismay as far away as Braintree and Southend - but the above diagram does show the extent of damage, albeit it is a  bit unclear