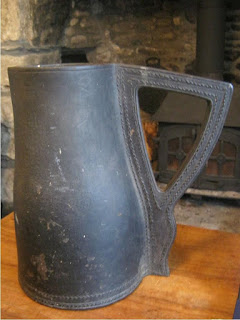 We received an enquiry about a Merryweather leather pitcher which we put on our Facebook page. (https://www.facebook.com/groups/1549240565122658/).

Merryweather were the Fire Engine specialist manufacturers based in Greenwich High Road .  They made lots of other things to - pumps, trams, etc etc.

We sent all the stuff off to Merryweather expert, Neil Bennett,  and here is what he says:-

The firm also had longstanding premises in Long Acre (Covent Garden) among others. The inscription 'Merryweather Fecit' most likely refers to Moses Merryweather, although there were other members of his family already in Long Acre when Moses came down from Yorkshire in 1807. (One was a carriage-maker whose work included leather items).

A major customer of Merryweather black jacks was the Greenwich hospital for the Royal Navy, founded in 1694. Some information on black jacks is in a chapter from my book. (we have a copy of this if anyone is interested)

If you are reading the inscription "...ngton" correctly, this would be
He was  (born 1893, chairman of Merryweathers from 1943, retired from work 1966). So this gives a wide possibility of dates for the gift.

As far as W R Crow and Son are concerned, I cannot find any further evidence as to why they received the black-jack from Merryweather's. Your mother may be right that Crow's provided storage and accommodation after one of MW's bombings (5 Nov 1940 and 24/25 Jun 1944), or for some other favour. Merryweather were always a considerable user of timber in their products and patterns etc, so Crow's may have been a dependable supplier or may have helped out in special circumstances.

In 1961 the company was liquidated, apparently on a voluntary basis, by Redford Crosfield Harris FCA

1967 - Crow's (apparently still extant) presented a petition for the winding up of Ridgebild Ltd.

1970s - appears to have morphed into a timber protection company with several addresses - see attachments.

The following books and newspaper articles are about black-jacks and Merryweather: 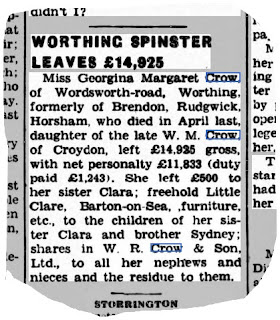 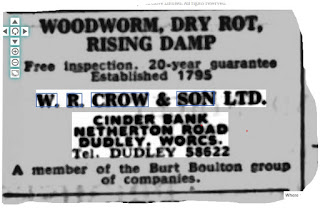 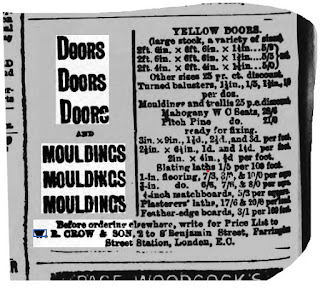 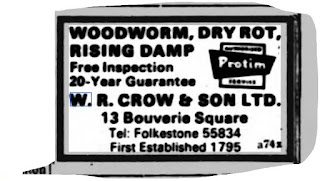