GIHS  has received the following letter from a Greenwich resident asking for help with a planning proposal   - here is what he says: 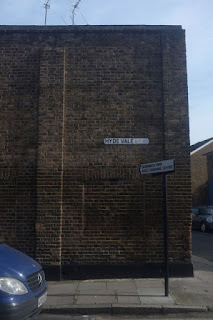 The building is at the bottom of Hyde Vale, and is on the junction with,King George Street. It directly adjoins 63 Royal Hill, a listed building, which is on the junction with Royal Hill and Hyde Vale.
The developers state, in their D&A statement and at the public consultation that this is a "horrible building" that dates from "the 1920s or maybe the 1950s". In fact the building dates from 1828-1830, and although bomb-damaged, the developers' own heritage appraisal shows it is mostly original with many timber-framed walls and the original roof timbers. I am still in search of a pre-war photo of the building that we know exists, and shows it complete with the original cornice etc.
The developers believe that, because this is a commercial building, this makes it less important. In fact, Georgian commercial buildings are rarer than the contemporary houses. For this reason, the Georgian Group are already objecting. 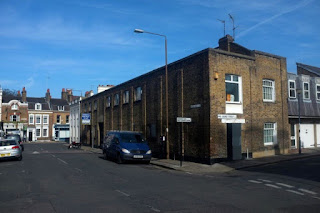 Greenwich and Kent records show that 1 Hyde Vale was built alongside 63 Royal Hill, by the same builder, William Smith, who lived at number 63; his family continued to work in and own what we call the dairy (there were doubtless other people renting space in there too). The land, previously a market garden, was redeveloped by John Maul Sutton, who took on the lease in 1827. He lived in and oversaw building of what's called the Surgeon's House, 61 Royal Hill, and sold a sub lease to Smith, who had built 63 Royal Hill and 1 Hyde Vale by 1830. Smith also built a row of houses on the plot, on what was then Little George Street. The dairy is of a piece with Number 63, although in brick rather than stucco, it has the same width bays, and originally had a heavy brick cornice. It's likely that Thomas or Richard Smirke Martyr, who lived just down King George St and, like Smith, worked frequently for the Roan Estate, were architects for the main house, which is ingeniously designed, and spec'd up or sketched out the commercial building - they were the main local surveyors. 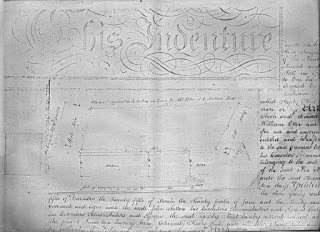 We believe the building should be saved. Although it's inevitable, given the new planning laws, that it will be redeveloped into residential, properly refurbished and reinstated it would make magnificent apartments. The building plays a crucial role in the setting, and the context, of number 63 Royal Hill, and of this section of Greenwich in general. It plays a pivotal role in one of the few surviving all-Georgian junctions in Greenwich, and its loss in favour of a bland modern building that weakly mimics it, will substantially harm the West Greenwich Conservation Area. 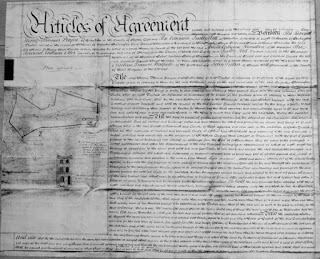 As you'll know, this area was full of small businesses, diarymen, hatters, dressmakers, coppersmiths, some  of whom followed their trade in the houses on King George St, and many of whom would have worked in this building, just down from what, as my neighbour up the hill always tell me, are the "grander villas" for the Gentlefolk, all built within a few years of this building. 1 Hyde Vale is a rare survivor that helps tell this story.
I've attached a couple of photos that give a feel for the building. I have plenty more should you want them! I've also attached the 1827 Article of Agreement, and an 1830 indenture, that show 1 Hyde Vale was built between these dates, alongside Number 63 and the houses on Little George Street.
Paul 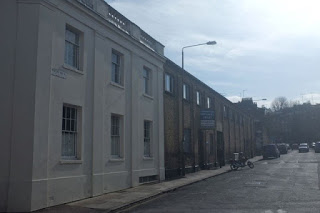 I wish you success in saving this building. It looks from the photograph that with some sympathetic treatment that it could be successfully saved and reused.

A brief update, to note that we've succeeded in getting the building Listed. Historic England agreed with our comments that this is a significant building, stating that it is unique in Greater London, and quite possibly the country; "although the building has similarities with some listed mews... there appears to be nothing comparable. 1 Hyde Vale [therefore] appears to be an example of a very rarely surviving late Georgian builder's workshop and yard."

Many thanks to all of those who helped save this building.

The listing was overturned on appeal and the developer has resubmitted revised plans to demolish and rebuild 1 Hyde Vale with modern units. This historic building is therefore under threat once again.

The revised planning application is available on the Greenwich Council Planning Portal under reference 15/1233/F for anyone who would like to object.