Information wanted on a Wheatstone Bridge

We received the following email from one of our followers:

" I am seeking information about a Wheatstone Bridge set that belonged to my father-in-law’s father who was an electrical engineer for the LNER in the early 1900’s and worked in Hartlepool.  He used for his work and it must be around 90 years old I would have thought.  I see that is made by Siemens Brothers and believe that they were based/had factories in Greenwich and Hartlepool'.

and he attached some pictures - which are shown below.


So  - we got in touch with the experts - with the Siemens Brothers Engineering Society - and here is their reply:


"I have been in touch with some of my colleagues in the Siemens Brothers Engineering Society and have undertaken some research myself. There is plenty of information on internet search engines so I have given below a general summary and have tried not to get too technical. 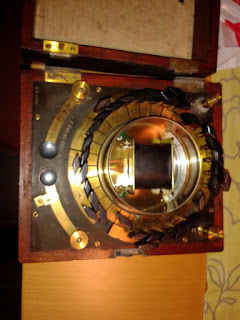 A Wheatstone Bridge is an electrical circuit used to measure an unknown electrical resistance by balancing two legs of a bridge circuit, one leg of which includes the unknown component. [The bridge is formed of resistors connected in a diamond-shaped pattern] Typical applications were: measuring the resistance of a length of cable. For the LNER this could well be railway signaling cable or for Siemens Brothers, telephone cables.
Curiously the Wheatstone Bridge was not invented by Sir Charles Wheatstone (1802 - 1875), but by Samuel Hunter Christie in 1833, but was improved and popularised by Wheatstone in 1843, when he gave full credit to Christie. The Wheatstone Bridge uses the concept of a difference measurement, which can be extremely accurate. Variations of the Wheatstone Bridge can be used to measure capacitance, inductance and impedance. The significance of measuring the 'unknown' resistance can thus be related to the impact of some physical phenomenon such as force, temperature, pressure etc. In practical terms a 'break' in a cable. 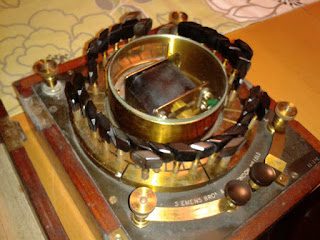 The most common use of the Wheatstone Bridge in day to day telephony and telegraphy was thus the location of cable faults. By determining the resistance of a fault and comparing it with a pre-determined map, it was possible to send repairmen out to the exact location of a fault, accurate to within a few feet.  Brass plugs (as seen in the picture) were used to throw resistance in and out of the circuit until a balance was achieved as indicated by zero deflection and thus zero current flow through the galvanometer mounted in the centre of the instrument, again as seen in the picture..
The Wheatstone Bridge was further developed by Kelvin to form the Kelvin Bridge , the concept being further extended to alternating current measurement by James Clerk Maxwell in 1865.
Various formats of the Wheatstone Bridge were thus developed and manufactured by specialist companies. We do not have any specifics on the particular model that belonged to Mr Kennnedy's father in law's, father. Clearly it was made by Siemens Brothers & Co. Ltd., London, at the main Woolwich Works. It would have been made and in use in the late 19th century and the earlier part of the 20th century for typically resistance measuring and fault finding on cables as described above. The instrument could therefore be about 100 years old. By a strange coincidence Samuel Hunter Christie worked at the Royal Military Academy in Woolwich. Siemens Brothers did have several satellite factories including one in Hartlepool. It is unlikely that the instrument would have been sourced via Hartlepool as we believe this factory came on stream after the 1939/45 war. 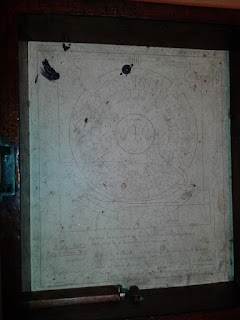 A Wheatstone Bridge would of little 'practical' use to todays telephone collector. However in good condition it would form a most attractive part of any collection and could be of interest to a Science Museum [who may also be able to put a value on it] or a Heritage Centre. The Siemens Brothers Engineering Society has donated a great many items to the Greenwich Heritage Centre, which is actually located in Woolwich. If any further information is required please contact me.
Brian Middlemiss
On behalf of the Siemens Brothers Engineering Society.