28th March was the 200th anniversary of the birth of Sir Joseph Bazalgette.  He was the Engineer to the 19th century Metropolitan Board of Works - and is most famous for building the London sewage system (and a lot of other things).

On 28th the this year there was a big party down at Crossness Engines - where the sewage from south London all ends up.  People there got a chance to see Busy Basil renamed as Bazalgette - and bits of the new railway, and lots more. 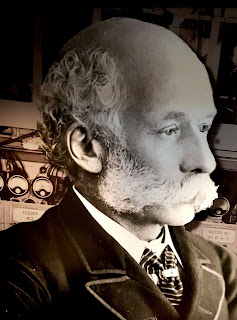 Because of the anniversary a wrote a piece for 'Greenwich Weekender about the works which Bazalgette actually built in Greenwich - Crossness is in Bexley, but only just!

My Weekender article was in their 3rd April edition - and it is on line digitally if you hadn't seen it in print.  https://www.weekender.co.uk/digital-edition/

The main building which Bazalgette built which is actually in Greenwich is the hidden-away Deptford  pumping station in Greenwich High Road/Norman Road.  This was actually the first building in place for the system - as Mick Delap has just discovered - and has sent me a whole lot of wonderful pictures to prove it. Sadly these have come too late for the Weekender article, so I am putting them below.

I would have thought that the Greenwich High Road pumping station is something we should all be proud of.  It is an amazing and very important listed building - along with a huge decorative iron coal store.  Some of it has recently been done up by the Thames Tideway people who are on part of the site.

I never see any mention of it by the Greenwich Society, or the Council, or anyone about how it is one of our major buildings.  So - come on - lets talk about it.   The Tideway people are going to have some open days soon. So lets all go down and admire what we have,

Here are Mick Delap's pictures - and congratulations to him for a lot of hard work, 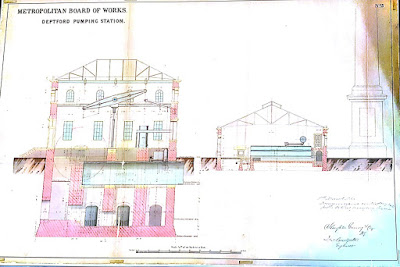 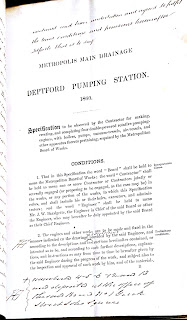 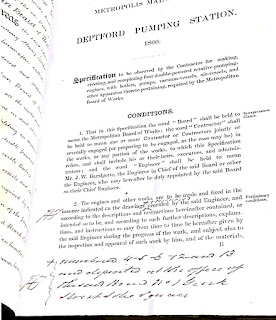 and - finally - I know this is a bit of blowing my own trumpet and stuff - but I don't know who sees the articles I've done for Weekender.  So - hope you don't mind - here's a list - all on the digital website https://www.weekender.co.uk/digital-edition/