We have received the following information about Ralph Lucas, the Greenwich-based car designer referenced recently in this Blog, from Barbara Holland. Many thanks to her for the information.

Ralph Lucas, born in Greenwich in 1876, indeed has an interesting place in the early history of motoring as a designer and builder of motor cars. He had a small workshop on Westcombe Hill, Blackheath in the early years of the 20th century. His family also boasts a number of notable or local connections, particularly his son, Colin, as well as his father and grandfather.

Ralph was one of 3 children, with the 1881 Census shows him residing at Park Lodge, Hervey Road, Blackheath with his father Francis R. Lucas, a telegraph engineer and his mother Katherine M. Lucas.  He went to St. Christopher’s School in Blackheath (1887-90), followed by Cheltenham College (1890-95) and Jesus College, Cambridge (1895-97).  In 1897 he began working as a draughtsman at Johnson & Phillips, Victoria Way, Charlton, moving up to sub-manager in 1899.

It is at this time that his interest in motor car design and manufacturing was beginning, with the first Motor Show exhibition at the Agricultural Hall in Islington.  His premises were located at 191A Westcombe Hill, a workshop at the rear of the houses there. The access to it still exists and is now the site of Capital Roofing.  The 1901 Census shows him boarding at 9 Eastcombe Villas, Charlton Road, with his occupation recorded as a mechanical engineer and an employer.

He became a member of the Institute of Mechanical Engineers in 1903, with his record describing him as a motor car manufacturer and patentee.  In fact, he registered 15 UK and 3 US patents between 1899 and 1910 for a range of different engine parts.

His place in motoring history comes as a result of the ‘Valveless’ car, developed at his Westcombe Hill workshop and exhibited at various motor shows from 1899 to 1908.  Although described at the 1907 Motor Show at Olympia as ‘an ingenious engine’, by 1908 it seems that he had abandoned many of the distinctive features for commercial production by David Brown of Huddersfield.  It would appear that very few models were actually made. 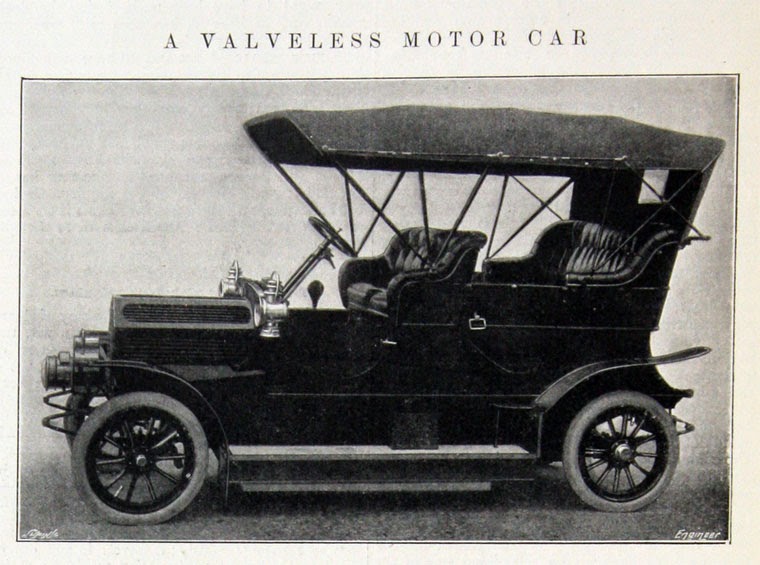 An interesting insight into this period of Ralph’s life comes from a letter published in the Motor Sport Magazine for July 1957 from C. Berner.  This was Correze Aage Oscar Berner, who co- lodged with Ralph at 18 Charlton Road in 1901.  Correze Berner worked for a short period at Johnson & Phillips with Ralph Lucas and helped him in the development of his first motor car. In his letter he describes Ralph as someone ‘who spent all his days and most of nights at his small works nearby making has Valveless cars, with a truly valveless engine, a two-stroke. The engine was a close relation of an American pump engine his father had installed in his house in Forest Row in the Ashdown Forest.  As a budding engineer I was glad of … the opportunity to work on a real car’.  He also describes taking the Valveless on test runs down to Forest Row. They soon became close friends and he spent most of his free time at the Valveless works as an unofficial draughtsman.  He went on to work for more than 30 years at the Telegraph Construction & Maintenance Co. (Telcon) at Enderby’s Wharf, Greenwich under Ralph’s father Francis R. Lucas.

Details of Ralph’s career after this are sketchy.  He married his wife Mary Anderson Juler, a pianist and composer in 1903, and lived at 18 Charlton Road and then 7 Craigerne Road between 1903 and 1911. They had 2 sons, Anthony Ralph Lucas (b.1905) and Colin Anderson Lucas (b.1906).  In the 1911 Census the family is recorded at Redcliffe Farm, Wareham, Dorset with Ralph’s occupation described as a consulting engineer (motor cars).  At some point he moved back to London to live at 10 St.Germans Place, Blackheath where he lived until c.1939.

During the First World War (1914-1919) he served as a Lieutenant with the Royal Navy Volunteer Reserve at an Admiralty Experimental Station.  Which one is not clear – there were a number of secret establishments set up all over the country to develop the technology used to fight the war, such as new fuels, submarine technology etc.. However, his engineering skills would have been put to good use.

His next recorded foray into motor manufacturing was the development of the North-Lucas Radial in 1922 with Oliver North at the Robin Hood Engineering Works, Putney Vale.  This car was seen as a ‘revolutionary design’, although apparently only one was built – by the Chelsea Motor Building Co.  A letter from Eric Riddle (a close relative) in the May 1991 edition of Motor Sport magazine, states that Ralph drove the North-Lucas Radial as his only car between 1922 and 1928, covering 65,000 miles in it. 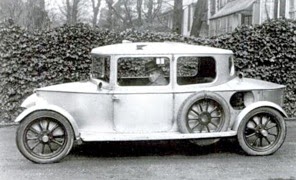 After this, his career appears to have changed direction.  The next reference for Ralph is in connection with his son Colin Anderson Lucas, a renowned Modernist architect.  Colin’s biography describes him joining his father’s building firm – Lucas, Lloyd & Co. - in 1929.  Colin’s first house design was built for his father in c. 1930. This was Noah’s House and Boat House, Spade Oak Reach at Cookham, Berkshire, the first reinforced concrete building in the Modernist style in the country and now a Grade II* listed building.

Grandfather: Ralph Willett Lucas (1796-1874)
Ralph Lucas’s grandfather was born in North America – censuses vary, saying both Canada and the US – and was a landscape painter of minor fame.  Some of his work has been sold through Bonham’s and Christie’s in recent years, including this one of Croom’s Hill: 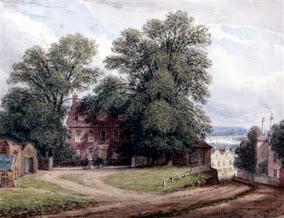 It is not clear when he came to this country, but he is listed in Pigot’s 1840 Directory as a teacher or professor of drawing, living in Royal Hill. He married Charlotte Clarke at St. Alphege’s in 1844 and is shown as a widower and an artist, living at Royal Place in the marriage entry.  Other directory and census entries show that he lived at 3 Glen Mohr Terrace, Hyde Vale from at least 1851 until his death in 1874.  The 1871 census entry records his occupation as ‘retired ordnance officer’.  An obituary for Ralph’s brother Keith Lucas, a physiologist, records him as having been a Lieutenant in the Royal Artillery who fought in the Battle of Waterloo in 1815.

Father: Francis Robert Lucas (1849-1931)
Ralph’s father, Francis Robert Lucas, also has a place in local engineering history.  He was a telegraph engineer, working from 1856 at the Telegraph Construction and Maintenance Co. (Telcon) at Enderby’s Wharf in Greenwich. He was involved in laying submarine cable, succeeding Henry Clifford as Chief Engineer in 1893, and becoming Managing Director in 1906 until his retirement in 1925. He participated in the cable laying voyages of SS 'Great Eastern' in 1878;  invented a wire-sounding machine which was first used on the cable laying ship the 'Alert' in1887; invented a type of oceanographic sounding machine in1891;  patented a scoop sounder, an instrument also known as the 'snapper' which was used when cable laying.


His son, Colin found a degree of fame as a pioneering International Modernist Architect, credited with designing a number of private houses in the 1930’s, the first one for his father.  He joined the London CountyCouncil’s Architects’ Department after WW2, and was responsible for the design of a number of large housing estates, the most notable being the le Corbusier-influenced Alton Estate West at Roehampton.  His third major project was the recently demolished Ferrier Estate, Kidbrooke completed in 1972, the year he was awarded his OBE.
Posted by David Riddle at 22:54