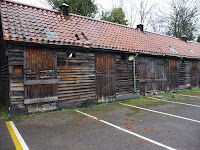 ency because of their concern that Greenwich University are demolishing some of our agricultural architectural heritage. 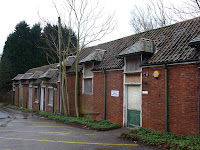 The University have started to clear a Victorian wooden stable block ready for demolition. This demolition is scheduled to be completed by the end of next week. The Avery Hill Stud Stables are not registered on the Greenwich Borough listed buildings; neither are they on the English Heritage listed buildings register. The Greenwich Council officer concerned has already given the University permission to demolish this building. There are no other Victorian wooden agricultural buildings in our borough. Greenwich University hav 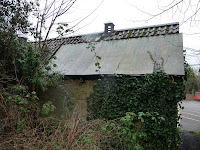 e neglected to maintain this building gifted to them by the council.
Surely the Avery Hill Stud Stables should be listed?

Advice & help urgently needed.
The Friends are also concerned that demolition is underway with a 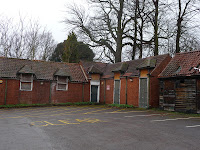 pparently no check that there are no hibernating bats present. Pippistrelle, Serotine & Noctule bats are known to be in the park but at present their hibernating and roosting places are not fully established. Emails to the university officer in charge of the project; requesting confirmation that a bat inspection has been carried, out have been non productive. Are they too late to save any hibernating group that may be present?
Posted by M at 09:19

Sadly, this is democracy in action. The electorate won't vote for anyone who will tax high enough to enable the state to maintain this kind of heritage, so Greenwich Council (no doubt with relief) gifts this bit of Avery Hill to the University. The Uni has no remit to preserve, and no use for these buildings. Who knows about English Heritage - perhaps these stables are genuinely not of listing quality, or maybe a deal has been done. As I say, welcome to 21st century democracy. Pah.

We are slowly moving on with the Stud Stables crisis!

I also contacted English Heritage regarding the vandalism of the Conduit Head just off Southend Crescent and they mentioned that they are meeting with Parks & Open Spaces to discuss & inspect the conduit. I’m hoping they could find the time to have a quick look at the stud stables!

The “bat inspection” was carried out by a representative from the bat trust on Wednesday 31st March. No bats present, which is hardly surprising since the clearance team had been working in the building for several days already!

There are now only 2 walls of this stable left! Presumably it will have totally disappeared by next week.

We have been told by the Conservation Officer that:

Since the surviving stables and stud grooms house would have formed part of the original Avery Hill estate, in my view they should be defined as structures within the curtilage of the listed Avery Hill mansion. A curtilage structure which pre-dates 1948 counts as a 'listed building', and so these surviving outbuildings should benefit from the same protection as listed buildings i.e. any proposals for internal or external alterations or demolition will require listed building consent.